Greek Mythology Wiki
Register
Don't have an account?
Sign In
Advertisement
in: Fathers, Children of Klymene-Asie, The Eleventh Labor: Steal the Apples of the Hesperides,
and 3 more
English

Atlas (Gr: Ἄτλας) is the titan of strength, endurance, heavy burdens, astronomy and the bearer of the sky. He prevents the collision of the skies and the earth.

One day the hero Heracles came to finish his eleventh labor. The labor was to pick a golden apple from the Garden of the Hesperides. He passed Atlas, and offered to take the sky for a few moments so that Atlas could travel to the Hesperides, who were his daughters, and return to Heracles with a golden apple. Atlas agreed, and gave the weight of the sky to Heracles. He held it while Atlas stretched and walked off. He came back, holding a golden apple, and said he would take it and do Herakles's job and take the glory for himself. He was stopped, and Herakles asked if Atlas would take the sky for a moment so he could put a covering on his shoulders to lighten the burden. Atlas set the apple down and took the weight of the sky back from Heracles. Heracles then took the apple and left Atlas to endure his burden. 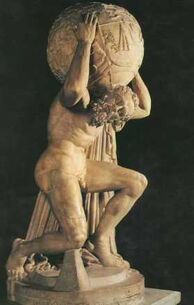 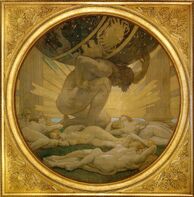 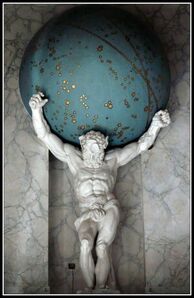 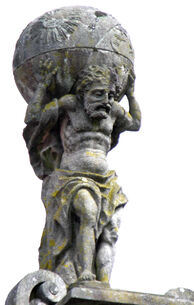 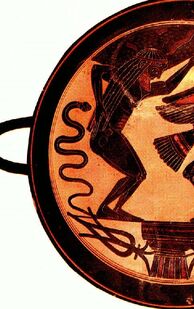 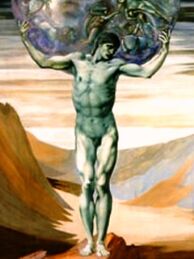 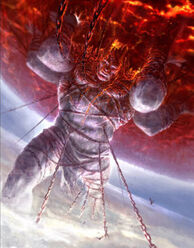 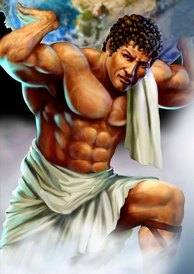 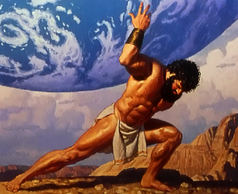